Current Emerald Ash Borer Status in Colorado as of June, 2015 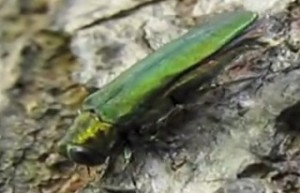 Although Boulder has been confirmed with Emerald Ash Borer (EAB) infestation and devastation, as of June, 2015 Denver, Parker, Castle Rock, Highlands Ranch, and surrounding areas have been fortunate enough to avoid the EAB epidemic. We hope that we will not be exposed to the EAB in our neighborhoods and that we can save our ash trees from this lethal beetle, but we know that it will most likely infest our areas too. Although the beetle is known to have a very long fly distance once emerging from an ash tree, people are the most common reason of transferring the EAB to new locations via firewood and other means. It’s important to avoid moving firewood due to the consequences it may cause to ash trees in our neighborhoods, towns and states. If you are worried about your ash trees, click here to receive a free emerald ash borer consult and estimate for preventative treatments. 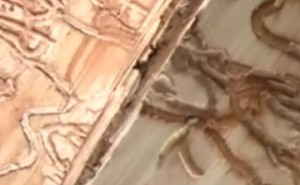 We often drive through our neighborhoods and take it for granted that our trees and foliage will always be there reminding us of our beautiful, living environment and healthy trees. Although we should take moments to truly appreciate trees that fill our streets, we should also make sure we know how to protect them. For most landowners and neighbors in one Ohio community, they learned this lesson only after they lost hundreds of ash trees which lined their streets for decades. Let’s take a look at this township in Ohio which has recently lost over 200 trees on one street alone, except for the few landowners who applied preventative treatments before the beetle made contact. Click here to request a free Emerald Ash Borer preventative treatment estimate.

How the EAB Affected One Ohio Neighborhood 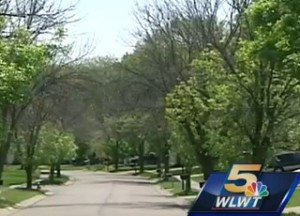 Millions of ash trees have died in Ohio alone due to the emerald ash borer. Let’s take a closer look at one township and how this lethal beetle has affected it. Meadow Drive in Deerfield Township, Ohio flourished with hundreds of ash trees lining blocks as far as the eye could see. A few years ago, there were signs that the Emerald Ash Borer was in the area. For a few years, ash trees still appeared to be alive and people just assumed that they would be ok. However, this year ash trees were clearly dead, lacking green leaves and healthy branches and trunks.

In this particular area, hundreds of dead trees have been removed and neighborhood landowners feel a strong sense of loss after losing ash trees that have lined their streets for decades. Although most of ash trees are gone now, a few healthy ones remain alive and EAB free. What is different about these trees that allowed them to avoid the emerald ash borer infestation? The people who were able to save their ash trees from the dreaded EAB and tree death share what they did with us. One such landowner shared his preventative measures on the news and treated healthy ash trees before the EAB made contact. Simply, a preventative treatment was injected into the ash trees on a specified regimen and that saved the ash trees’ lives. Landowners who still have ash trees are happy they had the critical information that allowed them to make the choice to protect their ash trees. Others in the neighborhood found it a surprise that the ash trees died and they couldn’t do anything about it after the trees were infested and died within a couple years.

Once Emerald Ash Borer Kills Ash Trees, Trees May Not Be Replanted

In this Deerfield Township, there are now restrictions where ash trees have been removed or are scheduled for removal due to the EAB. As a matter of fact, the trees are not to replaced with anything according to the WLWT Channel 5 on May 5, 2015. This is something to consider if you have ash trees in your neighborhood. People in the neighborhoods feel a loss of the ash trees that have lined the streets for decades, and now the streets appear bare relative to the full ash trees that used to line their blocks. The removed ash tree locations will not be grounds for replanting trees and so the appearance will be something neighbors will need to become accustomed to unless restrictions of replanting are lifted.

Can We Prevent the Emerald Ash Borer From Killing Our Ash Trees?

It has been shown that we can prevent the emerald ash borer from killing our ash trees before they have made contact with the trees. Although preventative treatments are available, many people do not want to spend the money before the lethal beetle is in their ash trees, but it will cost money at some point if the EAB infests them. Either it costs money to apply preventative treatments, or it will cost money to remove the tree after it is dead if the EAB infests it. This isn’t even considering the fact that new regulations may not allow replanting of any trees once an ash tree is removed after EAB infestation.

Click here to save your ash tree in Parker, Castle Rock, Highlands Ranch, Denver, and surrounding metro Colorado areas. We will be happy to discuss what you can do to save your ash trees if you would like to keep the ash on your property and in your neighborhoods. If you prefer to call, please call us at 303-795-2381. We are a professional, insured tree service business, with certified arborists, and have been in business in Colorado since 1996. The areas we serve include Parker, Castle Rock, Highlands Ranch, Denver, and surrounding metro areas. Please call to find out if you can save your ash trees before it is too late.